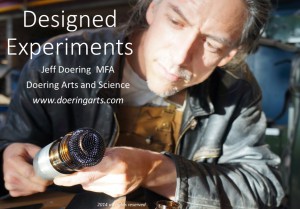 “My work tends to be simple in shape, but often embodies complex concepts of geometry, physics, and math. The hope is to make connections in form between the physical sciences, ourselves, and our world; to invite the viewer to experience ideas and forces that are often lost in numbers and formulae. These forces surround and create us. I figure that there is a path to their expression besides encoding in digits or words.” 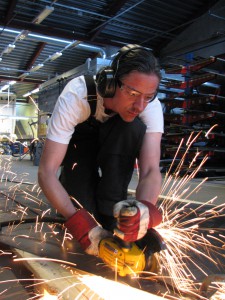 Designer, craftsman, artist and educator, I now work primarily in collaboration with the Göteborg and Chalmers University system out of the brilliant metal workshop at HDK Steneby, Sweden.  I run Doering Arts and Science, a company to create and install my work.

I was a bronze foundryman working on monumental sculpture before a decade of public teaching in California and Sweden.  After a MFA at HDk Steneby, Göteborgs University in “Iron and Steel in Public Space,” I now design and handcraft installations in public space that inspire new ideas in science and art. 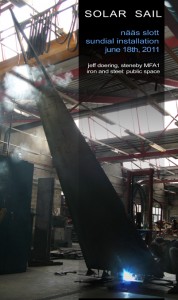 Scale and materials are limited only by the imagination.  My devices are among the largest and the most accurate in Europe, and they are learning tools as well.

In addition to my own expression of art and science, I look to create environments where inquiry and education can flourish – connecting works with critical ideas and curricular goals to benefit the greater community.

Click on the links below and feel free to contact for more information.  I am always open to new ideas and possibilities for existing and future works.